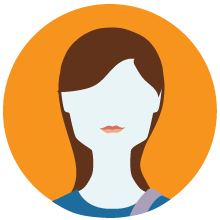 When I decided to add a pedestal sink and claw foot tub to my bathroom, I had no idea how much new plumbing I had to run. Since I had never run pipes before, I wasn't sure how to do it properly. I did a lot of research before I started so that I could be sure that I was doing it right. As I was researching, I knew that it would be helpful to have all of the information I found in one place. That was the inspiration for this site. I hope that the plumbing resources help you with your next home improvement project.

If you find that your shower head and faucet aerators are often coated with stains and hard deposits that impede your water flow, you may also have problems that haven't yet appeared in other appliances.

Calcium and magnesium particles, along with other minerals, in your water supply can also accumulate over time and cause issues in both clothes and dish washers, impeding water flow and shortening the life of the appliances. Water that contains an abundance of these minerals is often referred to as "hard water." These deposits can also stain toilets and sinks, irritate sensitive skin, and cause your drinking water to become discolored and unpalatable.

You can fix these issues by having a water softening system installed in your home.

How does a water softening system work?

Two separate tanks are used to treat hard water by removing calcium and magnesium through ion exchange. This is done using the attraction of positive and negative charged particles.

Your water supply is first connected to a mineral tank that is filled with plastic beads that carry a negative electrical charge. These beads attract the positively charged calcium and magnesium ions, which then cling to the beads.

When the tank is refilled and new hard water enters the tank, the sodium ions are replaced by the new calcium and magnesium ions, and the process begins anew.

Will the excess sodium in your drinking water affect the taste?

While the excess sodium that remains in your water supply may only slightly affect the taste, it can cause an issue for those on a diet that restricts sodium intake. However, you can install a secondary delivery system for your drinking water supply and a localized water purification system that will remove impurities from your drinking water.

How can you remove the stains and deposits from your shower head and faucet aerators?

Remove the front portion of your shower head by turning it counter-clockwise. Soak it in white vinegar overnight, then clean it inside with a soft bristled brush to remove the stains and the deposits inside the perforations that are restricting water flow.

Your water flow will improve and your skin will thank you after being caressed by your new softened water supply. For more information, contact local professionals like Water-Pro.